Posted on Published: May 7, 2021 Categories Vegetables

Leeks are one of the more ubiquitous ingredients in our kitchens but are they safe for dogs to eat?

CAN DOGS HAVE LEEKS?

You may know the answer when it comes to the more common foods dogs should avoid like onions and garlic but what about leeks?

Leeks are part of the allium family which includes onions, garlic, shallots and even those chives you may have growing outside.

Therefore, leeks are not safe for dogs to consume.

Since alliums are staples in many kitchens and the base of so many delicious recipes (we love it in pasta like this soba noodle dish with leeks and eggs) it’s hard to avoid using these foods.

For some peace of mind, it’s good to know that very small amounts (like if you drop a piece on the floor while chopping) won’t necessarily hurt your dog especially if it’s a larger breed.

However, it’s been said that as little as a normal sized onion can cause issues (or, 0.5% of the dog’s weight).

So while a piece or two of chopped onion or leek shouldn’t be too much cause for concern, an entire onion would be.

Leeks are not a vegetable dogs should have in their food (especially if you make homemade dog food) or something you want to leave out on the counter within reach if you have a counter surfer, much like butter.

The main issue with consuming alliums like leeks is that they cause anemia in dogs. Hemolytic anemia to be exact.

There’s a complicated process by which this happens but the basics involve red blood cells being damaged and/or destroyed.

Red blood cells are what’s needed to carry oxygen throughout the body and when oxygen isn’t able to get to cells and organs, anemia, weakness and lethargy can result.

SYMPTOMS OF LEEK TOXICITY IN DOGS

Dogs that have ingested a fair amount of leeks may show some of the following symptoms:

This is a common but not exhaustive list of leek toxicity.

Be sure to monitor any changes in your dog’s behavior and contact your vet immediately if leeks (or any allium) have been consumed.

To diagnose, your vet will rely on your verbal history and lab work to confirm.

They’ll likely induce vomiting to get any of the consumed leeks out of the stomach if possible. Activated charcoal may be used to help absorb the toxins circulating in the body of the dog.

Depending on the severity of the anemia occurring from the ingestion of the leeks, your dog may need an extended stay at the vet or hospital to monitor oxygen levels and even potential blood transfusions.

The worst part of anemia can take days to set in so careful monitoring is necessary.

CAN DOGS RECOVER FROM EATING LEEKS?

Even though this is a serious condition, the good news is most healthy dogs will have no trouble recovering from leek toxicity. Especially if treatment is started soon after consumption.

Iron supplements and antibiotics may be prescribed after you leave the vet but all in all, your pet should be ok!

PREVENTING YOUR DOG FROM EATING LEEKS

An ounce of prevention is worth a pound of cure, right?

If you grow leeks in a garden or anywhere outside your house, it’s a good idea to fence them off so your dog can’t access the area.

Never give your dog any food that’s been cooked with leeks.

Make sure that if you’re cooking with leeks for human consumption, any ends, bits and pieces are safely disposed of. A garbage disposal is your best bet if you have one or a garbage that’s out of reach of your dog. 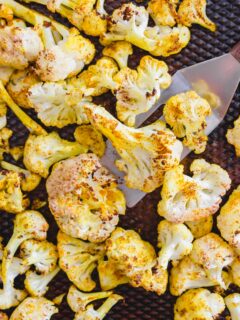 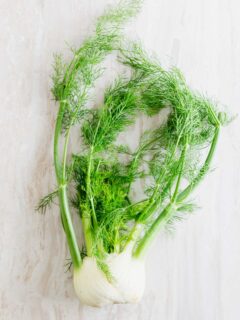 Next
Can Dogs Eat Fennel?
Click here to cancel reply.