Did your dog steal a stick of butter off the counter and now you’re wondering if it’s dangerous to his health? Read on to answer the question of “can my dog eat butter?”

Did your dog steal a stick of butter off the counter and now you’re wondering if eating butter could possibly be dangerous to his health?

First off, take a deep breath. Butter isn’t technically a toxic food for dogs. But, it’s also not a something you should purposely feed your dog either.

But, if an accident happens (and we all know they do!) where a sneaky pup swipes some off the counter that you set out to bake with or something along those lines, fear not, your dog will be ok.

There may be some upset stomachs in your future but butter is harmless to dogs.

So, can dogs eat butter? Technically, yes but don’t feed it to them purposefully.

IS BUTTER DANGEROUS FOR DOGS?

Butter, like most dairy products is not dangerous, harmful, toxic or life-threatening to dogs (unlike foods such as leeks, garlic or grapes).

Even a serving as large as an entire stick of butter will likely pass through their digestive systems ok.

However, like humans, many dogs are also lactose intolerant meaning they lack the enzyme to break down ingested lactose. Since butter contains lactose, ingesting it can cause all the same issues in canines as in humans.

Be on the lookout for diarrhea or vomiting if your dog has consumed butter but that should be the worst extent of “damage” done.

If extremely excessive amounts are consumed, it could trigger pancreatitis in some dogs which is a dangerous level of inflammation in the pancreas and potentially life threatening.

If excessive symptoms are noted, contact your vet immediately.

Ingesting the butter wrapper along with the butter is another potential cause for concern. The wrapper can actually pose a choking hazard for small dogs in particular.

ARE THERE ANY HEALTH BENEFITS OF FEEDING DOGS BUTTER?

Butter is 99% fat with the remaining 1% attributed to protein.

Generally, about half of the fat is in the form of saturated fat, those generally understood to be the “less healthier” type of fat.

With that said, butter offers essentially no known health benefits for dogs.

Small quantities if mixed with other dog safe foods (for example if you cooked vegetables with a tablespoon or so of butter) can be usually be tolerated by most dogs but still not advised.

If you find it necessary to use a fat for cooking food to give to your dog, it’s better to use olive oil or avocado oil like we do in our turmeric cinnamon roasted cauliflower recipe.

Butter is basically just a high-calorie food item with no healthy vitamins or minerals that would be beneficial to a dog’s diet.

WHAT ABOUT BUTTER ALTERNATIVES?

Most butter alternatives (like margarine, etc.) contain unhealthy trans-fats, preservatives or worse, artificial sweeteners like xylitol which is lethal to dogs, even in very small amounts.

If your dog ate any artificial butter, it’s best to contact your vet right away.

WHAT TO DO IF YOUR DOG EATS BUTTER

The best course of action after you’ve realized your dog ate butter is to keep a close eye on them for the next 24-48 hours.

You’ll likely want to restrict their food immediately after ingestion and then transition to a bland diet for a few meals after. Things like plain cooked rice and chicken work well in this instance. Some canned pumpkin can be added to the meal as well if desired.

Continue the bland diet until stools return to normal consistency.

It’s also best to keep them in a specific enclosed space in your house or use a crate if you must leave them alone as diarrhea is likely. 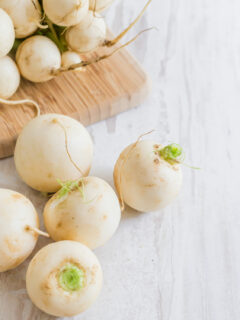